Saving for the Future 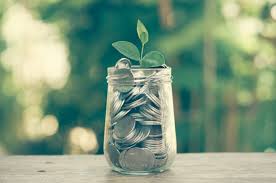 While saving may seem like a simple concept, the majority of Americans, especially younger Americans, have little to no savings at all. In 2014, Bankrate.com1reported 26 percent of American families have no savings, 24 percent didn't have enough saved to cover three months' worth of living expenses and just 40 percent have enough in savings to cover three months of expenses or more.

When it comes to savings, the general rule of thumb is to have three to six months of pre-tax income saved to serve as a buffer in case of emergencies, such as a layoff or an unexpected illness or injury. A U.S. News2article on the worst ways to save for retirement breaks down the most common mistakes people make while saving for their future. The first mistake – and probably most important – was neglecting health. No amount of savings can offset the consequences caused by putting off medical assistance or preventative care.

The second mistake is to save money without paying off credit card debt. While there is still debate over whether it is best to pay off debt or to save first, the article makes note that  credit card debtshould always be eliminated first to avoid paying prolonged high interest rates.

Another mistake people make is going from one extreme to the other when it comes to savings. Some people sacrifice their quality of life today to save for tomorrow, while others completely ignore tomorrow and choose a quality of life they are unable to afford. The latter often means increased amounts of debt and lack of quality later in life. While saving for your future means working hard today to provide for tomorrow, you should also enjoy life now too. Hoarding money at the expense of your health, happiness and sanity is never worth it, but this doesn’t mean spending beyond your means and not saving at all, it just means you need to find a happy medium and budget between the present and the future.